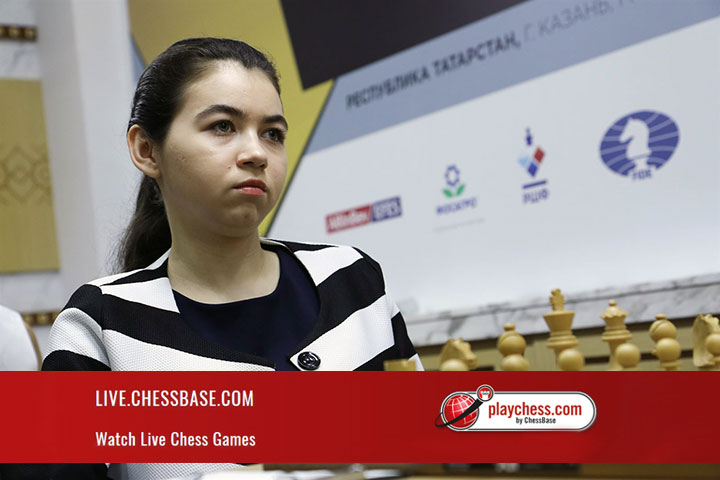 The Candidates Tournament is taking place in Kazan, Russia, from May 29 to June 19, 2019. Eight strongest female grandmasters are playing in the competition with a prize fund of 200,000 Euros, the largest in history for a tournament of this kind. The participants are Mariya Muzychuk(Ukraine, 2563), Kateryna Lagno(Russia, 2554), Alexandra Kosteniuk(Russia, 2546), Anna Muzychuk (Ukraine, 2539), Aleksandra Goryachkina(Russia, 2522), Tan Zhongyi(China, 2513), Nana Dzagnidze(Georgia, 2510), and Valentina Gunina(Russia, 2506).

The tournament is a double round round-robin. The winner of the FIDE Women’s Candidates Tournament qualifies for the World Championship Match with Ju Wenjun(China), where both players will compete for a total prize fund of 500,000 Euros (after taxes).

The third round of the event which just wrapped up saw four wins coming with the white pieces including one each by the leaders Dzagnidze and Gunina.