The Top 10 Benefits of Learning and Playing Chess 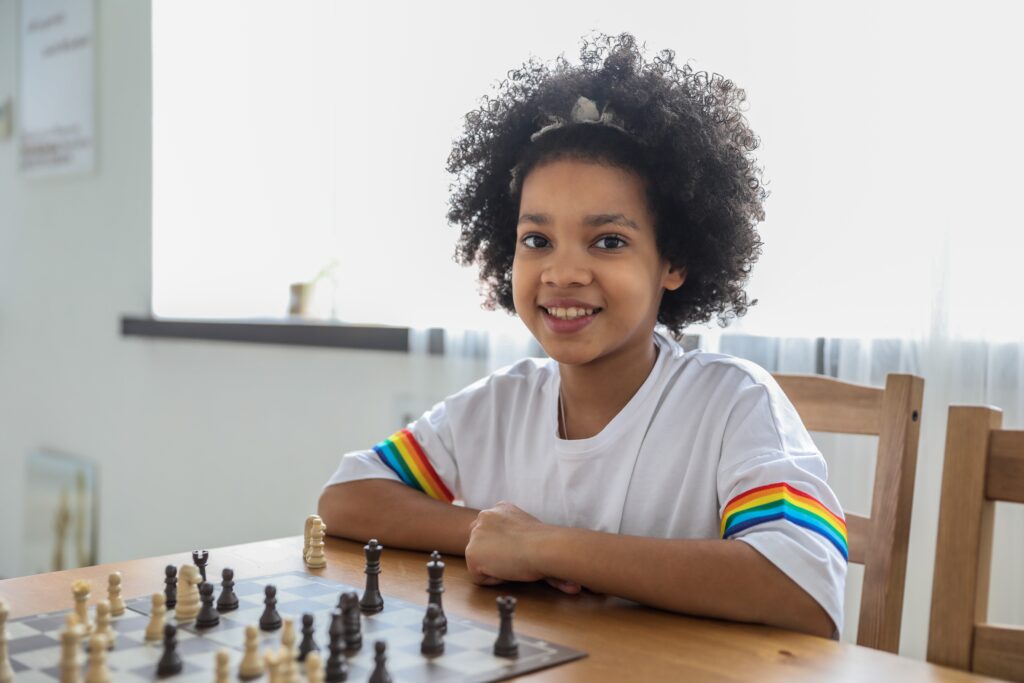 I don’t recall exactly when and how I picked up the game of chess. But I know it was between the completion of high school and before I went to university.

I recall frequently visiting a family friend almost every week. And one of the favorite things I did was to play chess with the kids. At the time, I did not have a chess set of my own so it was always exciting to visit this family as it gave me the opportunity to teach the kids and play with them.

When I started University, I did not realize they had a chess club. One evening, as I was heading to the cafe for dinner, I saw a group of students around a few tables playing and watching chess. I was so excited. I felt like I had suddenly found a precious possession! I got hooked and would spend hours playing and studying chess. The passion for the game was so strong that all I did and thought was chess. It got so strong that it distracted me from my studies and as a result, I failed one of the first-year courses and did poorly in some of the other courses.

This was a wake-up call that taught me how to balance my hobbies with my academics. After my university days, I stopped playing competitive chess for many years until I recently moved to Oakville, Ontario in 2015. This is when I introduced my kids to chess and we plugged into a chess club in the area. In 2017, I founded Elevate My Chess and a few years later, we started the Oakville Chess Club as a way to stay grounded in our chess community, a community we love and cherish.

In many ways, I’ve been blessed by the game of chess. Over the last few years, I’ve had the privilege of creating many opportunities for others to learn the game and to play competitively. I have invested both time and money because I know the benefits that chess can provide, not just for the individual player, but for the community as a whole.

The game of chess is one of the oldest board games and it is loved all over the world. You will often find people gathered in living rooms, pubs, plazas, parks, and libraries to match wits over the cherished chessboard. And you may wonder…

“Why is it that people are willing to devote such time to the game?”

Well, there are a number of reasons, but a big one is undoubtedly the fact that chess involves an intense intellectual challenge that’s very good for the health of your mind and particularly good for the development of young kids.

Here are my top ten benefits of learning and playing the game of chess:

Good chess players know how to visualize the chessboard. Visualization helps improve your memory. If you know anything about chess, it will not be surprising to learn that expert chess players have strong memory skills. After all, the game involves memorizing numerous combinations of moves and their potential outcomes. This ability to visualize how the pieces will be placed on the board in your head as you analyze various combinations is a hallmark of good chess players.

In a 2015 study titled “Auditory memory function in expert chess players,” published in the Medical Journal of the Islamic Republic of Iran, researchers compared the recall ability of expert chess players to that of people with no chess-playing experience. They found that the chess players were significantly better at recalling lists of words they’d heard than people who had never played chess. The researchers concluded that increased auditory memory function found in chess players is related to strengthening cognitive performances due to playing chess for a long time.

When we teach our beginner class in chess, the first lesson we teach is visualization and pattern recognition. We teach this first because it’s a great foundation for beginner players. When you play chess, your brain will be challenged to exercise logic, develop pattern recognition, make decisions both visually and analytically. And by doing this repeatedly, you test, develop, and improve your memory.

A 2017 study published in the US National Library of Medicine Catalog showed that both of these forms of intelligence were present in chess masters and in expert musicians. As a result, the study concluded that chess masters and expert musicians appear to be, on average, more intelligent than the general population. And some researchers have also claimed that playing chess or learning music enhances children’s cognitive abilities and academic attainment.

With the rise of social media, staying focus is now a very scarce commodity. It’s particularly challenging for children but it’s also an issue that adults have to deal with on a daily basis. Chess enhances your ability to enter into a flow state. Flow is a deeply rewarding sense of total involvement, in which you’re operating at a peak performance level in a challenging task.

Athletes, artists, and performers often describe entering a kind of time warp, where they are so wholly focused on the task at hand that their awareness of anything beyond the performance seems to disappear. Experienced chess players often experience this level of flow.

Researchers who study brain activity noted that theta waves are heightened in electroencephalograms (EEGs) taken when people are in a state of flow. Studies have shown the same high levels of theta waves in brain scans of experienced chess players during increasingly difficult chess matches.

One of the reasons I love the game of chess is the opportunity to express yourself creatively. You may have heard the popular saying that a persons’ personality comes out in their chess game.

Whatever your personality may be, there is room in the game of chess to express it and to do so creatively. A shy and passive person might play more reservedly while an outgoing and social person might be a bold attacker.

Researchers at a school in India tested the creative thinking skills of two groups of students. One group was trained in chess-playing, and the other was not.

The tests asked students to come up with alternate uses for common items and to interpret patterns and meaning in abstract forms. Students who played chess scored higher on tests. Researchers concluded that chess increased the students’ ability to exercise divergent and creative thinking.

In your own personal way, you can show your creativity in the type of moves, plans, and tactics that you come up with on the chessboard.

Chess games are known for long periods of silent contemplation, during which players consider each move. Players spend time anticipating their opponents’ responses and attempting to predict every eventuality. Without the ability to plan, you cannot be a good chess player.

In a 2006 publication in the National Library of Medicine titled, “Planning abilities and chess: a comparison of chess and non-chess players on the Tower of London task”, researchers gave two groups of people a cognitive functioning test involving pegs and beads and measured their planning skills. The group that regularly played chess demonstrated significantly better planning skills than the group that did not play chess.

That habit of mind — careful contemplation and planning — is one of the cognitive health benefits of playing chess.

There is so much research that suggests that chess offers great protection against dementia. In a 2019 research review, scientists found that the complex mental flexibility chess demands could help protect older people from dementia.

Researchers found evidence that the game, which challenges memory, calculation, visual-spatial skills, and critical thinking abilities, may help reduce cognitive decline and postpone the effects of dementia as you age.

Over the last 5 years, I’ve personally seen several chess players build their self-confidence, not only in chess but in other parts of their personal development. I’ve watched new players improve their ability to speak publicly, teach others and grow confidently in their chess ability.

While chess is a game that is available to all, you get what you put into it. With chess, you put in the time studying, you put in the time competing in tournaments, you spend the time analyzing your losses and finding your weaknesses. With all this work a sense of confidence is developed. Even working through a tough period where you plateau in your chess development can help you build resilience and confidence.

If you love a challenge you would love the game of chess. As a chess player, you will often encounter challenges and problems that you have to solve in order to play your best game.

As a result, chess can help you to think ahead. It enhances your ability to carefully weigh the options and choices you have in front of you as you brainstorm on how best to solve problems during your game.

In life, we are faced with challenges every day. It’s part of our existence that we cannot escape. Chess certainly helps us in making the best choices to develop positive outcomes for our lives.

Like in many games and sporting events, there is a winner and a loser. Many beginner chess players I’ve come across love to win and hate to lose. Often, they don’t know how to manage their losses. It is not uncommon for players, particularly, kids to break down crying after a loss during our chess events.

While it is great to win every game, it is equally important to learn how to accept your losses. As the saying goes—sometimes you give the lesson, and sometimes you receive the lesson! Most importantly, try to learn from those losses and come back as a better player. Just as in life, we need to get back up when confronted with failure and come back stronger and wiser.

Winning with grace is an important character trait that chess can teach a person.

Personally, the most satisfying aspect of my involvement in chess is the community benefits.

Chess is one of the oldest games in the world dating back over 1500 years. As a result, it is played all over the world. No matter your culture, language, age, or background, chess offers a common ground that pulls us together.

It is very common in our chess events to see people brought together from different cultures, ages, and backgrounds over a common bond and passion for the game of chess.

I hope you’ve found some value in this and I hope you now see why you should consider picking up the game of chess. There is strong research that supports many educational, life, and health benefits associated with the game of chess. If you’re curious to learn more about the game, get in touch with us as we provide many opportunities for you to do so, including training for new beginners. And if you’re looking for a better way to spend the rest of your Summer, consider joining our 7-Day Virtual Chess Festival starting soon.